Deliver More Nutrients to Your Cells

We receive questions from readers asking about the bioavailability of certain nutrients.

The purpose of these inquiries is to ascertain what can be done to enhance distribution of ingested nutrients into circulating blood.

Some confuse the term absorption with bioavailability. 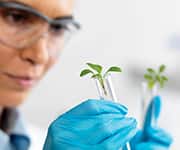 I simplify the difference as follows:

Absorption is the movement of the nutrient across the first membrane layer of the gastrointestinal (GI) tract.

Bioavailability is how much of the intact nutrient remains in general circulation or reaches the target tissues after going through normal metabolism in the digestive tract, liver, and other areas.

For example, resveratrol is readily absorbed (about 70%) but then undergoes extensive metabolism in various tissues, including the liver.1,2

Curcumin is one of the most extensively studied plant extracts. Over 4,000 published reports describe its potential benefits on the National Library of Medicine website (www.pubmed.gov).

The challenge is that curcumin undergoes many changes before and after reaching the bloodstream. These alterations reduce the bioavailability of the beneficial curcuminoids.4,5

The good news is that over the past four decades, improvements have been made that substantially increase curcuminoid bioavailability.6

Consumers are often unaware of the differences in absorption and bioavailability of the many brands available today.

This editorial succinctly describes the fascinating topic of nutrient bioavailability.

A little-understood factor that contributes to human health relates to nutrient bioavailability.

As scientists attempt to evaluate the longevity impact of dietary supplements, the need to better understand bioavailability becomes strikingly apparent.

Improving the bioavailability of plant extracts is more challenging than doing so for CoQ10. That is because factors in the digestive tract, liver, and other tissues break down and influence the structure of plant compounds after oral ingestion and absorption.

The potential role of plant extracts in reducing the incidence of degenerative illnesses is significant, requiring continued evaluation of their effects on healthy longevity and improving bioavailability.

Search for Bioavailable Fisetin and Quercetin 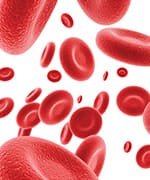 Published data support beneficial effects of quercetin in humans, even though relatively little intact quercetin makes it into the bloodstream.13-15

Favorable lifespan data on fisetin may be more compelling than on quercetin.

But, a series of reactions in the digestive tract and liver rapidly metabolize fisetin before meaningful amounts of intact fisetin can enter the blood.16 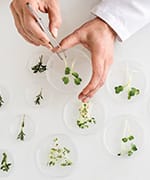 Scientists have discovered that by combining fisetin with a compound isolated from the herb fenugreek, it is protected from being metabolized in the liver. It remains active and can be readily transported intact into the bloodstream.16

For quercetin, encasing it in a phosphatidylcholine complex increased bioavailability by 50-times more compared to standard quercetin.17 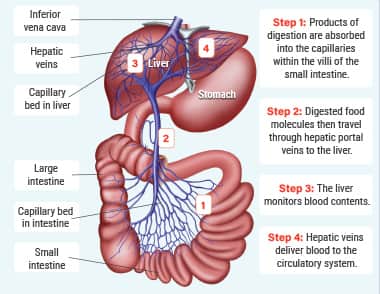 Curcumin functions via multiple mechanisms to reduce the risk for a range of age-related problems.18-20

The challenge is that intact curcumin compounds are poorly absorbed into the bloodstream.5

Several years ago, a curcumin formulation was developed that is better protected against changes in the intestines and the liver that limit systemic benefits.21

This curcumin-fenugreek formula was shown to deliver the highest amounts of free (active) curcuminoids into the bloodstream and the broadest tissue distribution including to the brain, liver, kidney, heart, and spleen.21

A remarkable 70% of these plasma curcuminoids remained in their active free form five hours after dosing.6

This goes a long way to satisfying those who appreciate the value of plant compounds in human health but seek reliable data on greater bioavailability and broader tissue distribution.

Absorption happens when nutrients pass through the cell membranes of the lining of the digestive tract into blood or lymph capillaries.

Bioavailability has several definitions, but a common theme relates to the amount of intact nutrient that reaches general circulation or the site of action.

The two biggest factors impacting bioavailability are how well the nutrient holds up during metabolism (e.g., sulfation, glucuronidation) in other layers of the intestinal tract and its first pass through the liver.22

The first pass effect or metabolism refers to how much metabolic breakdown of an oral agent occurs in the intestine or liver before it reaches systemic (blood) circulation.

More of the nutrient will be bioavailable in circulating blood if it bypasses the first pass metabolism.

This graphic shows blue veins emanating from the intestines merging into the portal vein in the liver.

The hepatic (liver) portal system is a series of veins that carries ingested/absorbed nutrients from the digestive tract to the liver for metabolism.

Absorption from the intestinal tract and metabolism by the liver have major impacts on nutrient bioavailability. 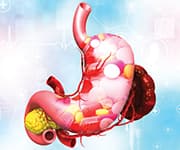 The data conveyed in this editorial have transformative implications as they relate to neutralizing multiple mechanisms contributing to age-related ailments.

I want to thank our group of longevity enthusiasts for their continued support via their purchases of blood tests and supplements.

Proceeds enable us to help fund a range of research projects aimed at delaying and reversing biological aging in people.

Deliver More Nutrients to Your Cells

Resveratrol in the Prevention of Aging

What is Delaying Senolytics?

How Women Over 40 Can Feel Better Fast

A Solution for Brain Fog

The Prospect of Human Age Reversal