Lithium may slow degenerative processes by inhibiting an age-accelerating enzyme in the brain and other organs.

During the past two centuries, people made pilgrimages to springs that were naturally high in the mineral lithium.

One site, Lithia Springs in Georgia, was visited by Mark Twain, at least four U.S. presidents, and other prominent figures, all because of the famous lithium water.

The more that scientists study lithium, the more persuasive the evidence has become for its unique effects.

Scientists have found that lithium may prevent cognitive decline.1,2 Preclinical studies have shown it activates pathways that may slow the aging process.3,4

In one animal study, high doses of lithium increased median lifespan by 46%.5

Two studies have found that individuals living in areas with even modest levels of lithium in drinking water tend to live longer.6,7

As little as 300 to 1,000 mcg of lithium daily may provide these benefits.

Lithium is a naturally occurring mineral found in rocks and subsoil in some geographical areas. Some natural water sources contain small amounts of this element.

By the 19th century, many people had come to believe that there were health and longevity benefits to drinking water that contained lithium. It also became linked to improved mood.

Modern science has confirmed these beliefs.

For instance, two studies found that people living in areas with even low levels of lithium in the drinking water tend to live longer.6,7

Lithium and the ‘Age-Accelerating Enzyme’ 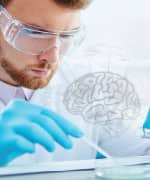 One key to lithium’s benefits appears to be its ability to inhibit a cellular enzyme called glycogen synthase kinase-3 (GSK-3).3,4,8

GSK-3 controls several important functions within cells. But overactivity of GSK-3 can be harmful.

Increased GSK-3 activity correlates with rapid aging of many tissues and the entire body.9,10 Its impact is so dramatic that GSK-3 can be thought of as an age-accelerating enzyme.

Overactivity of GSK-3 is linked to chronic diseases, including Alzheimer’s, type II diabetes, some cancers, and mood disorders.4,11-14

Studies suggest that this GSK-3 inhibition is largely responsible for lithium’s ability to protect brain function and promote healthy longevity.3,8

Scientists have noted that people taking high-dose lithium for medical reasons generally have lower mortality rates, including lower rates of death due to cardiovascular disease.15,16

Controlled experiments have been conducted to rigorously explore possible life-extending effects of lithium.

These studies showed that low-dose lithium led to a modest increase in lifespan in roundworms, known as C. elegans.7

Higher doses of lithium led to longer lifespans in both roundworms and fruit flies.3,5,7 In one of these studies, median survival was boosted by 46%.9

Evidence from these and other studies suggested that, in addition to inhibiting GSK-3, lithium exerted pro-longevity effects in three ways:5,17,18

Together, these mechanisms may help slow the aging process and protect against chronic disease.

Very high doses of lithium have long been used to treat the psychiatric condition bipolar disorder.

Scientists are finding that lithium may help prevent or improve mood disorders, dementia, and Alzheimer’s disease.

One study found that long-term lithium exposure from drinking water may be associated with a lower risk of being diagnosed with dementia.19

Similar benefits have been demonstrated with Alzheimer’s disease.

One epidemiological study in Texas revealed that rates of death from Alzheimer’s were higher in areas with low levels of lithium in the water.20

In one clinical study, a micro-dose of just 300 mcg of lithium daily was found to significantly decrease cognitive decline in Alzheimer’s patients, compared to a placebo.21

Lithium appears to protect the brain in a number of different ways.

In preclinical research, scientists found that it not only reduces the elevated GSK-3 activity associated with Alzheimer’s, but also reduces the buildup of beta-amyloid. This is the abnormal protein that accumulates and forms plaques in the brains of Alzheimer’s patients.22

Scientists have also documented that lithium:8

WHAT YOU NEED TO KNOW 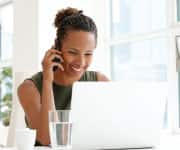 In clinical studies, lithium treatment has been linked to additional signs of neuroprotection, including:23

All of these activities together may slow brain aging and protect against cognitive decline. 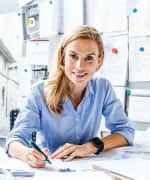 Lithium works, in part, by inhibiting the overactivity of the “age-accelerating enzyme” GSK-3 and protecting DNA.

Lithium intake is associated with longer lifespan in humans and a median 46% increase in longevity in roundworms.

In a clinical study, it decreased cognitive decline in patients with Alzheimer’s disease.

If you have any questions on the scientific content of this article, please call a Life Extension® Wellness Specialist at 1-866-864-3027.